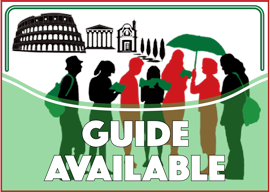 An encounter with Cortona is an encounter with art and history. Getting to know this timeless town is a real rediscovery of our past. As Virgil has it Cortona was founded by mythical Dardanus, was subsequently fortified by Umbrians and became, later on, between the 8. and the 7. century under the Etruscans one of the latter’s most important Lucumonies.

Cortona thrived in the communal period under the rule of the Casali family. Cortona was subsequently sold by the King of Naples to Florentines in 1411 and thus followed the fate of the Grand Duchy of Tuscany.
Enclosed within its Etruscan walls Cortona offers its visitors with its narrow alleys, its churches and its museums a chance to go back in time: all here has an Etruscan, medieval and Renaissance flavour. A real town of art and culture and home to artists such as Luca Signorelli, Pietro Berrettini and Gino Severini, Cortona offers each year a number of cultural, historical and folklore events:

Lake Trasimeno is the largest expanse of water of peninsular Italy and the fourth in the whole of Italy. The lake has a fluvial, or perhaps tectonic origin, is shaped like a hear and spreads over an area of about 80 s.m. Its waters reach a maximum depth of about 20 feet and its shores are low, curved and lined with reed thickets .

Three islands emerge from its waters: the Isola Maggiore and the Isola Minore just off the northern shores and the Isola Polvese, off the south-west corner of the lake.
Lake Trasimeno’s shores are dotted with a number of tourist centres amongst which Castiglione del Lago, Tuoro sul Trasimeno and Passignano sul Trasimeno.
The lake is an ideal destination for acquatic sports lovers and a real paradise for fishers.
The lake draws with its landscape and its facilities droves of tourists from all over the world.